We work with some stellar personalities in the limelight…

Whether it’s local West Coast set decorator, Jim Erickson taking home the Oscar for the film Lincoln, publicizing the work of writer/ director Ana Valine, one of Canada’s exciting film talents, working with Olympian Hailey Wickenheiser on the Shoppers LOVE. YOU Run for Women, or setting up interviews for filmmaker and Prima Ballerina, Veronica Tennant, during the Salt Spring National Art Prize (SSNAP), we’re proud to represent some of Canada’s best!

We’re delighted to announce we’re providing media relations services to Peter D. Johnston, international negotiator and bestselling author. His second book, “Weapons of Peace”, a historical thriller, is a novel that delves into the art and science of influence, or as one reviewer noted—a new genre of fiction—negotiation noir. Peter was recently seen on CTV Morning Live in Vancouver as well as Global News at Noon.

We’re also excited to be working with Canada’s first mystery game company! Vancouver Mysteries has just re-launched their lock-down and weatherproof game called, The Case of the Hotel Detective, featured in the Vancouver Sun and in November on Novus TV.

Our clients tell us repeatedly, “You go that extra mile.” So, if you need advice before an important interview or you’re looking for a tailored media campaign and are eager to amplify outreach but not sure how to manage exposure and expectations – we are here to help!

Be Seen. Be Heard. 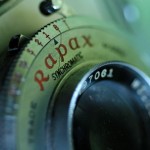 We tailor our publicity services to meet your needs. We're focused on bringing out the best in our clients. From